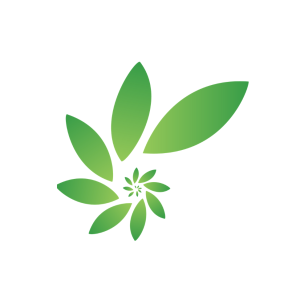 When the topic of mulch comes up, a lot of people think typically of a bark or compost. So we put the topic to the test.

The word mulch is a somewhat vague word most often used to describe a ground covering for a garden. It is defined, generally, as any layer of material applied to the surface of soil, so it can be composed of a variety of substances. The most common mulches are bark and stone, however alternatives include straw and compost. Mulches can be considered to be anything and everything which positively influence the garden surface, through either their function or aesthetics.

Mulches are a great way to enhance the visual appeal of a garden or landscape, reduce maintenance and help increase nutrients for plants, improving fertility and the general health of the soil. Applying mulch can also help with conservation of soil moisture, reducing the need for watering. Mulch also acts well as a weed suppressant. Mulches can have a significant impact on your garden and landscape, by reducing cost and improving appearance, so it’s important to choose the appropriate one.

New Zealand bark mulches are generally a coarse bark sourced from pine or Douglas fir forests. The bark is processed to separate it from the wood component of the tree for utilisation as a ground covering. Within the bark mulches, there is still a considerable amount of variety, but beware: all bark is not made equal!

The benefits of bark are its accessibility and wide availability in New Zealand, the ease of its transportation, and most importantly – its ability to feed nutrients into the soil. Bark is available in virtually all parts of the country, often with a broad range to choose from. Bark is also an extremely light product, when compared to alternatives such as stone. Generally, bark will last up to 3-5 years, nourishing the soil with natural organic material over this time. When it’s time to top up the bark, this provides an opportunity to renovate your garden’s look with a different type of bark product.

What To Look For In Your Bark Mulch:

When searching for a mulch bark, it’s important to realise not all are made the same. Things to bear in mind include the quality of the mix, the sizing and the shape of the bark. Bark mulch which contains a lot of wood will draw nitrogen from the ground, causing a nutritional imbalance in the soil and negatively affecting the health of plants growing nearby. Also check to see if there are contaminants in the mulch. Good mulch should be plastic-free and contaminant-free, importantly containing no pesticide or herbicide residue as this can leach into your soil. Lastly, a great mulch will contain a range of cambium bark and stringy bark. This allows the particles to bind together to better retain moisture and suppress weeds. Note that for steep, sloping ground – don’t choose a bark chip or nugget as it will be more likely to roll off.

The range of stones available is highly geographically-influenced. The selection is usually determined by product available at the quarry or rivers in the local area. Stones which come from a river will generally be rounded, whilst quarried rock offers a sharper stone. Sizing is dictated by the screening process, with a range of industry standards usually available.

Stones are generally used as decorative mulch for smaller areas or for feature gardens. They are also used in larger areas for their functional properties. It’s important to note that although stones will last longer than bark, their weight means transportation costs can prove an expensive component of your landscaping. Stones are popular as a driveway or road-surfacing product where soil nutrition and moisture retention are not required, but compaction and drainage qualities are important.

What To Look For

Typically each region will have a common range of industry gravels and stones to suit the needs of local development, roading and landscaping. When selecting a size of stone, it’s important to factor in requirements such as drainage, sloping terrain and compaction. A river round will provide excellent drainage, whereas a 0-20mm quarried gravel will have qualities suitable for preparing a surface for compaction. Typically, stones chosen for feature gardens will range from approx. 20mm to 100mm in size.

This product isn’t distributed directly by Wholesale Landscapes. We can only guarantee stock at our Lifestyles Yard located at 55, Saxton Road, Stoke, Nelson.

If this doesn’t suit you or you require a smaller volume under 1.5m3, please see the list of retailers for the same or similar alternative products.

We’re working on providing you with all the information you need in just a couple of clicks.  Below is a list of our major retailers. Please contact them for stock and supply.

PLEASE NOTE: Not all of our products are supplied to all retailers. We can only guarantee product quality of products we manufacture.

We welcome pick-up of product by the public for volumes 1m3 and over. If your trailer is unable to hold the weight of our minimum pick up volume, please book a delivery. Please check your estimated trailer weight rating below.

*we will quote to the nearest cubic meter

Typically you need a finishing layer of screened soil of 100mm when working with an uneven surface. 100mm of soil will allow to even out any hollows and give enough depth to create a flat surface

A general rule for compost is to allow for the depth of the current root structure of your plants with an additional 30-50% to mix in with the base. If you’re planting into holes or filling up a vege garden  you will need to accommodate for this prior to filling up

We recommend 100mm (10cm) deep for new bark gardens and planting into bare areas. For existing gardens with some cover, we recommend 75mm-100mm (7.5cm-10cm)

Note: Barked areas for playground impact protection need to meet NZS5828:2015 standards and is calculated on the fall areas and the height of the playground. Please contact us to discuss your barked playground areas

For paths and driveways which are often exposed to car and foot traffic, we recommend 100mm-125mm (10cm-12.5cm) on newly prepared areas due to settling of product.

This excludes preparation, compaction or drainage gravel underneath. For existing areas 75mm thickness is recommended for areas needing a small top-up.

Enter your project information for an estimate of product required.